It’s the summer of 2016, of Brexit and Trump’s nomination as the Republican candidate. How did this happen?

If you know anything about combining a knowledge of human psychological weaknesses (our cognitive biases), with the darker arts of hypnosis and persuasion (like Scott Adams) – or you’re Italian, and have lived through 20 years of Berlusconi – you’ll be laughing at all the shocked expressions around you. In a knowing and pitying way rather than a happy way.

Shakespeare would not have been surprised, as he could have taken a PhD in “Human Nature, and How to Manipulate it”. To understand how the most unlikely characters can rise to power out of nowhere, look no further than Shakespeare’s Richard III, which describes the rise and fall of a ruthless, amoral despot.

When Shakespeare wrote Richard III he took relatively recent historical events, (it was Elizabeth I’s grandfather, Henry VII, who took over the English crown from Richard III), and completely changed them to gain favour with Elizabeth I, and boost the legitimacy of the Tudor reign.

First of all, he turned Richard III into a psychotic supervillain. Richard III introduces himself in the play by confessing to the audience that he has just personally murdered King Henry VI and his son Prince Edward, and intends to make Prince Edward’s hot widow, Lady Anne, his wife. And this is all part of his plan to usurp the throne.

When Richard’s eldest brother, Edward IV becomes king, Richard has their brother, Clarence, falsely accused of treason. He has Clarence assassinated, and the King dies of a broken heart. Two-for-one result!

After marrying Lady Anne, Richard poisons her so he can focus on marrying his niece, Princess Elizabeth. And just in case they turn out to be a nuisance in the future, he has Elizabeth’s two young brothers, King Edward V and Prince Richard, killed. He also offs his allies and faithful minions, whenever they so much as hesitate to do Richard’s bidding.

And how do we, the audience, react to Shakespeare’s Richard III?

We are enthralled. We laugh with him, applaud his can-do attitude, cheer his daring and thrill in the accomplishment of every dastardly deed. (Think Frank Underwood in House of Cards, or Walter White in Breaking Bad). We don’t mourn him when he dies, but, by God, he went down guns blazing, and he certainly got things done! There is obviously more to this character than just murdering anyone who gets in his way.

How Richard III gets away with murder

In the second scene of the play, Richard III shows us what he can do and why he gets away with it when he seduces Lady Anne, whose father and husband he has just murdered.

When you read this scene, you are in no doubt that she hates his guts for 97% of the exchange.

So how does Richard III take Lady Anne in the space of 15 minutes from “grieving, furious and physically repelled” to “betrothed”?

What he does is deliver a series of psychological slaps to the brain that would leave anyone reeling, defenceless and willing to agree with anything. Leon Festinger in 1956 defined cognitive dissonance, as the intolerable feeling – like mental asthma – we experience when we try and process conflicting thoughts. Our need for relief from the intense discomfort of cognitive dissonance makes us vulnerable to making stupid decisions, to holding onto factually disprovable opinions and to self-destructive behaviour [see how my mother made me gave up smoking].

The Emperor’s New Clothes – a tale of cognitive dissonance

Marketing and Sales people have long understood how to provoke and exploit the mental stress of cognitive dissonance to get us to make decisions we otherwise absolutely would not make. There’s a whole advertising and after-sales-care industry devoted to helping us manage our buyer’s remorse whenever we spend more than we can afford on luxury items (“Now I can’t afford to go on holiday, but my Dolce & Gabbana/ BMW/ gigantic iPad/ [insert overpriced/ obsolescent/ high-maintenance status-symbol here] makes me feel so badass!”).

What did Shakespeare know about cognitive dissonance?

He knew all about it, and here are some of the ways Richard III bamboozles Lady Anne into submission:

Lying to someone’s face, when there’s a mountain of evidence against you, produces cognitive dissonance:

Richard III: I did not kill your husband.

Lady Anne. Why, then he is alive.

Another way of creating cognitive dissonance is to “change the narrative”. We are wired to perceive anything presented in a story structure as the truth. Change the story and you change reality. When Lady Anne tells Richard III that he killed her husband, the best man on earth, he tells her she should be grateful he sent the best man on earth to heaven. That’s obviously where he belongs. And the best man died to make way for an even better man: Richard III.

It turns out to be a short step from this manoeuvre to getting engaged. [Lady Anne: “Er … no?” Richard III: “OK. Then you have to wear my ring.”]

At the end of this scene Richard III turns to the audience and says:

[i.e. “Guys, bet you’ve never seen a girl pulled like that! She’ll do for now, but I’ve already got my eye on someone else.”]

What do Shakespeare’s Richard III and Donald Trump have in common?

He did NOT just say that!

Psychologically, there seems to be a thin line between being appalled and being enthralled. Donald Trump and Richard III both stun their prey into submission by being outrageous – provoking cognitive dissonance. Our reaction to most of what they say is “He did NOT just say that!”. Here are some examples of classic Trumpisms:

Neither Trump nor Richard III make any effort to use reason to win people over, instead bludgeoning them with absurd and shocking affirmations – and then getting them to do what they want: marry them, crown them, vote for them.

How can you protect yourself from people who want to distract and exploit you? 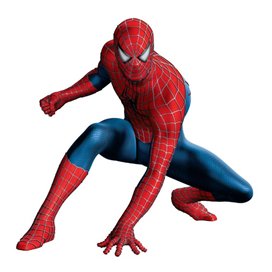 Count to 100. Be the little boy in “The Emperor’s New Clothes – a story ALL about cognitive dissonance – call out the outrageousness and break the spell.

Finally, remember that whatever Spiderman says, great power DOES NOT come with great responsibility, and you cannot trust these guys. Don’t wear their ring, make them king or vote for them.

This is the second in a series of posts about Shakespeare. I was asked by the British Council Milan to give a series of talks to mark Shakespeare’s 400th  anniversary, linking Shakespeare and his works to the world of business and to current events.

You can click here to see the first post, “How to give history-changing speeches: top tips from Shakespeare.”